What is Efflorescence on Your Brick Chimney? 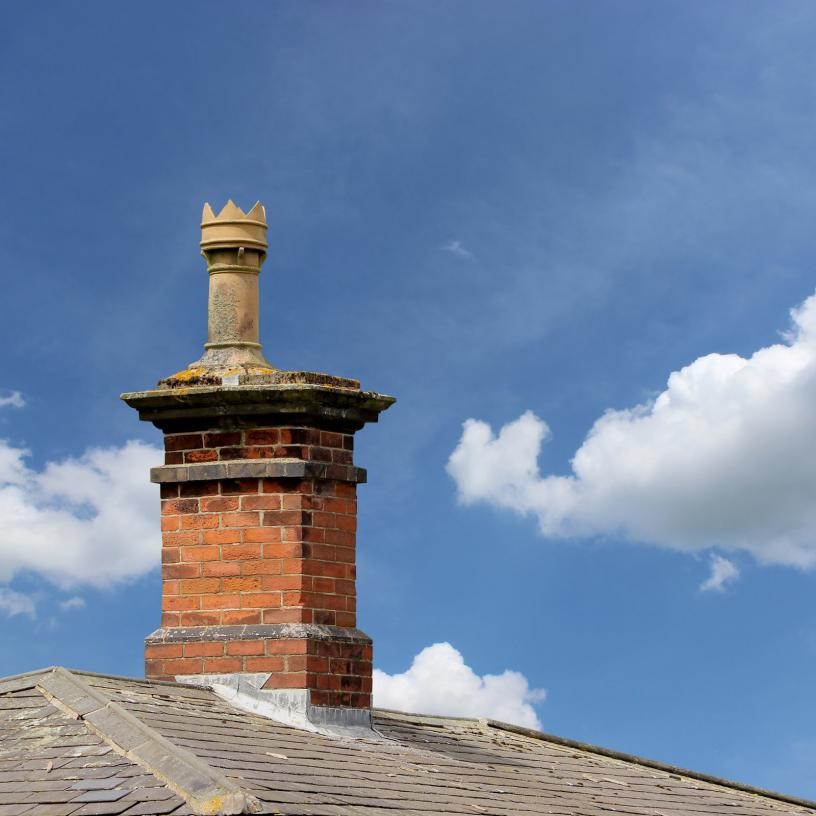 Have you ever noticed a white powdery substance on your chimney? Without regular maintenance, this substance will build up, and soon, your brick structure will no longer look as refined and elegant as it once did.

The accumulation of mineral deposits is referred to as efflorescence. It occurs when moisture seeps into the cracks and crevices in the bricks and evaporates, leaving tiny particles of minerals in the form of white crystals.

Other than looking unsightly, a few bricks of crystals won’t do any physical damage to your chimney; they can be brushed off easily, so your bricks will look like they used to.

The problem arises when a substantial portion of your chimney is covered in efflorescence. Some of it may be due to rainfall, but there’s a higher chance of it being caused by the condensation of warm air coming from inside.

In the worst cases, efflorescence may be the result of damaged flue liner and the buildup of damp combustion gases coming from the water heater and furnace that have leaked on to the colder bricks. In this case, the chimney will begin to deteriorate fast, unless the flue liner is replaced.

Regular chimney maintenance is needed to ensure that the various parts of your chimney are intact and functioning correctly.

A chimney sweep will inspect your chimney thoroughly and will determine the cause of the efflorescence. If it is caused by a damaged chimney flue or liner, the technicians will suggest replacing it immediately.

Do I Have To Replace A Damaged Chimney Flue Liner?

Yes, you do. A damaged chimney flue liner is a safety risk. Any cracks and gaps in the liner will increase the risk of carbon monoxide poisoning, and it’ll release hot embers into the chimney and become a fire hazard.

There are 25,000 chimney fires in the US every year, causing homeowners thousands of dollars’ worth of damage. These chimney fires emphasize the importance of annual chimney inspections.

A damaged liner that isn’t replaced can cause structural damage to the chimney, which is why it’s best to promptly install a new one.

Creative Masonry & Chimney offers a reliable fireplace and chimney repair services in CT. We have a team of chimney sweeps and contractors that build, install, maintain, and repair chimneys across Connecticut, ensuring that your family stays safe.