Spalling Chimney Bricks: 3 Things You Can Do Immediately To Avoid a Catastrophe

The bricks of your chimney crumbling or becoming loose is a good indication of spalling chimney bricks. Spalling chimney bricks are a sign of damaged mortar, which requires an immediate fix. Among the most common causes of damaged mortar is the freeze and thaw after the winter season, which is why people who reside in areas where temperatures drop below zero face this issue a lot more than the others.

In this blog, let’s take a look at what causes chimney spalling, its dangers, and what you should do to fix the problem. 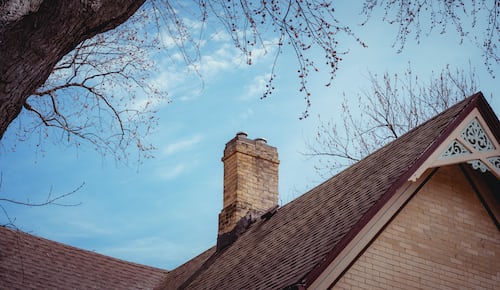 Spalling chimney bricks pose a significant risk of injury to you and your family. It could also result in a complete chimney collapse.

What You Can Do

1. Get the Tools and Equipment and Fix the Spalling bricks

If you see your chimney bricks spalling, get the tools to fix the issue immediately. You’ll need a

Remove the spalling bricks, put them in the mortar mixture, and place the new brick in one by one. If a brick is half crumbled, remove it completely and put in a new brick there.

However, this is just a quick fix and in no way a substitute for a professional chimney repair. You’ll need to call a chimney repair service in order to fix the issue and eliminate the risk of an accident.

Get the right bricks for your chimney, matching the ones already used. Getting bricks of a different size or quality can affect the strength of the chimney. Do not attempt to reduce the size of a brick using the hammer or the chisel as that can weaken the brick.

3. Find Out the Root Cause of the Damage

Just fixing the bricks isn’t going to fix the issue. Find out if the previous mortar quality is up to the standards, whether it was mixed properly or not, and if it was spread out evenly. You can’t do this yourself, which is why a professional is best for this job.

If the issue of spalling bricks isn’t resolved, it could lead to chimney collapse requiring a rebuild. A better option is to immediately contact a professional chimney service. Creative Masonry & Chimney is a chimney and masonry service operating in different parts of Connecticut for over 20 years. We provide masonry contruction, masonry repair, chimney repair, chimney restoration, chimney rebuild, fireplace remodeling, and more. Contact us now to book a chimney inspection today.