Chimneys aren’t quite as popular of a feature in modern homes as they used to be, but they’re still a common sight in Connecticut. Many homeowners still prefer to have chimneys, whether it’s for an aesthetic appeal or for practical reasons.

Does your house have a good old chimney too? Watch out for these signs of chimney damage. 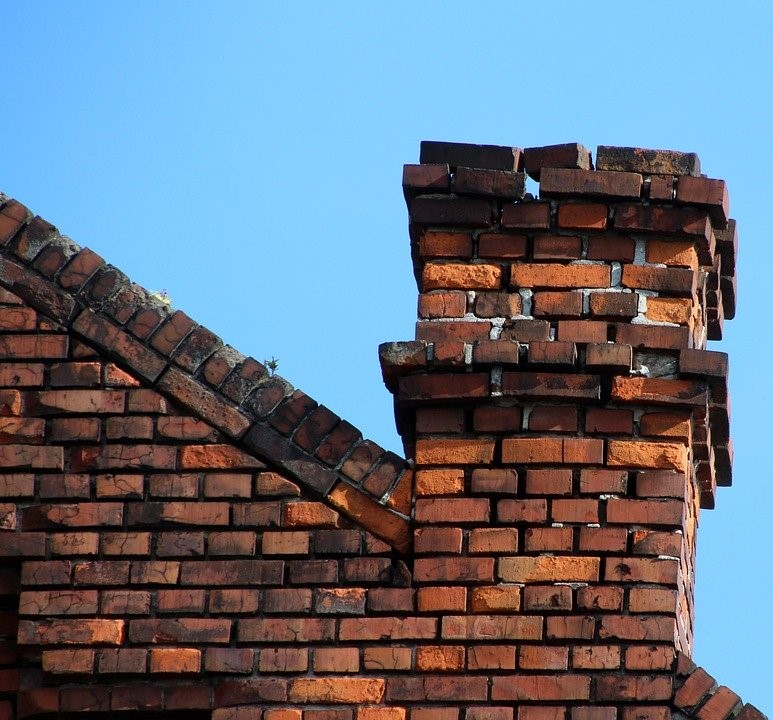 Spalling is the term used to describe the chimney brick masonry coming apart due to moisture. Since bricks are porous components, they’re vulnerable to moisture and water seepage. When this happens, the surface of the brick starts to peel off or pop out. This may also happen to chimneys made from natural stone or concrete.

Spalling is especially likely to occur under cold weather conditions when the moisture tends to freeze within the bricks. It’s also more likely to attack aging bricks and chimney surfaces.

Since small chunks of the chimney surface fall off when water penetrates through the bricks, spalling is an easily observable and rather obvious sign of chimney damage. It requires urgent repair as otherwise it can lead to the eventual destruction of the chimney structure altogether and render it useless.

Some factors that may contribute to spalling include:

Another fairly obvious sign of chimney damage is damage caused to your house’s wallpaper near the chimney. Think about it; has the wallpaper (or paint) started to peel off near the chimney even though it’s perfectly fine in other parts of your home? If this seems to be the case, it may be due to chimney damage most commonly caused by moisture buildup.

Peeling paint or wallpaper near the chimney is an indication of the chimney liner having cracks and damages. If you notice the sudden discrepancy in your interior décor, it’s best to have a chimney specialist come in and examine all aspects of your chimney to fix existing damage and prevent it from happening again.

A damaged chimney crown is another sign that the chimney is in need of professional inspection and possible repair work.  It’s important for the crown to be in good condition, since it provides the first line of defense against outdoor elements.

Cracked chimney crowns allow for water and moisture to seep in through the crevices. This not only causes spalling as discussed above, but may also result in the formation of bigger cracks on the chimney, further compromising its stability.

Since the chimney crown acts as your house’s first line of defense during harsh weather conditions, it’s imperative that it remains protected to be able to protect your home. This can be done by weatherproofing the crown.

For you to determine the presence of chimney cracks, especially if there haven’t been any signs of spalling so far, you need to examine and identify the chimney crown up close. Better yet, have a specialist conduct the inspection and implement the appropriate preventative strategy.

Creative Masonry and Chimney offers a range of chimney services in Farmington, Hartford and other areas of Connecticut. We also offer masonry service and fireplace installations. Get in touch with us today for more details.